Drain the Swamp? Cut the Bull!

In what will surely go down as one of the most monumental ironies of modern history, Donald Trump won the presidency partly on his promise to rid DC of corruption. He tapped into populist rage by repeating "the system is rigged" to angry audiences at every opportunity. (Mind you that this was progressive messaging cribbed from Elizabeth Warren and Bernie Sanders.) His mantra "drain the swamp" became a rallying cry for those disillusioned by an Obama administration that had failed to keep its promises to hold Wall Street accountable.

On the trail, Trump denounced Hillary Clinton for her ties to Goldman Sachs, and once in office, proceeded to hire numerous Goldman alumni for key posts in his administration, among them Treasury Secretary Steve Mnuchin. And then these bankers set about to defang the Dodd Frank legislation put into place after the 2008 financial meltdown, regulations creating safeguards in the American banking system to protect taxpayers from future bailouts and consumers from financial fraud. In other words, protection for many of the same folks so enamored by Trump. Drain the swamp, indeed.

Earlier this year, Trump and a Republican Congress passed the Crapo bill, which accomplished a big Wall Street wish: raising the threshold for federal oversight as a systemically important financial institution (SIFI) from $50 billion to $250 billion in assets, thereby eliminating stress testing for banks that are the same size as Countrywide Financial was before it imploded ($216 billion). This was done in the name of helping community banks, but it's clearly laughable to label a bank with $200 billion in assets that way. But hey, so long as it helps bankers' bottom lines, let's pile on the risk!

Before the Crapo bill became law, I asked Mnuchin multiple times on two occasions to define a 'community' bank and he refused, if that gives you any indication of the sincerity of his stated motivation to help community banks. One would think the Treasury Secretary would be able to define one of the most important aspects of a bill he was personally lobbying Congress to pass. But that's not the only terrible consequence. The Crapo bill also made it easier for banks to engage in racially discriminatory mortgage lending practices. Yes, you read that right. A large coalition of advocacy groups urged the Senate to withdraw the controversial provision, to no avail.

In May, Lake Research Partners polled battleground Congressional districts on the question of curbing the influence of Wall Street on Washington, and found overwhelming support for financial reform in general, and holding banks accountable for racially discriminatory lending practices in particular. Two key findings:

Beyond 2018, FAB PAC will continue to expose the shameless hypocrisy of Trump and Republicans complicit in the most corrupt administration in modern history. When they say, "drain the swamp," we say, "cut the bull!"

Watch each of the videos at the links below: 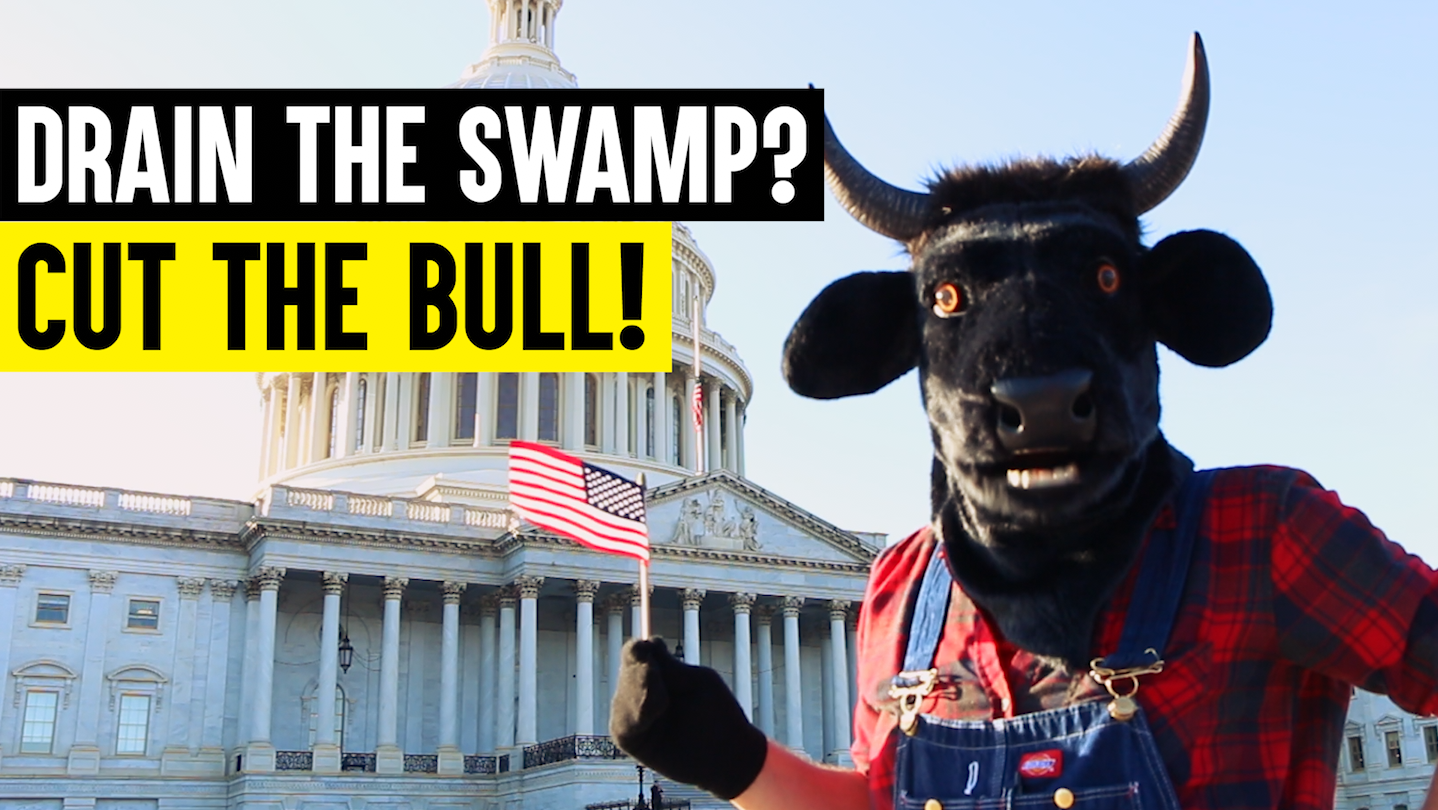 Mark Warner Doth Protest Too Much?